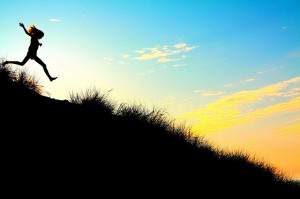 I wanted to share another active project of mine that I’ve given the nickname ‘Rev’.  The idea is to merge the world of running with the world of video games.  You see, for me video games were always super compelling.  In games you get to assume the role of an interesting character, there are challenges, quick growth, and many mechanics that motivated you do to do better.  On the other hand while I love running it is hard to get out the door, hard to keep pushing myself while I’m out there, and the results are slow at best.  So I wondered if a game could be built that would be so interesting that I just couldn’t keep myself from running.  That is project Rev.

From the onset, I’ve always believed that Rev needed to be treated differently than any other project I’ve worked on. 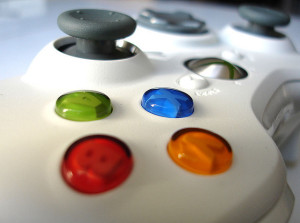 Normally users interact through touch.  It is a natural simple way of interacting with an app.  But this completely breaks down while running.  The moment you make them touch their phone on a run, you’ve lost the magic.  It takes away from their run, and can be dangerous.

This essentially leaves audio as the only feedback.  We did think of using Google Glass as well as smart watches and other wearable tech.  But it is more of an extra, or a fun feature, the major feedback has to be through audio.

So we tested this, and we found that not only is audio important but it is critical.  There is a fine line between too much audio blaring in your ear and too little audio driving you further.  We found that a robotic voice is slightly frustrating, but since there are lots of numbers being thrown around the robotic voice is important.  We’ve approached this problem by recording as much as we can, but leaving a robotic personal assistant voice that gives stats and other useful information as you run.

2) The game needs to push you, but it should never encourage you to stop running.

In a traditional game you give a player a challenge, and if they fail they lose a life and start over.  If we followed this traditional pattern then in the middle of a run we’d send a user home!  This is definitely not allowed.  Yet, on the other side of things we need to challenge them.

We approach this problem by removing the concept of life completely, and put the focus 100% on the enemy.  By running faster, you do more damage, and slower you do less damage, but you always do *some* damage.  This allows us to focus completely on time.  It may take you much much longer to finish a level, but you should be able to finish any level no matter how fast you run.

This also makes it easy to provide rewards such as stars for breaking certain times.  Best of all we will always encourage you to run, and even if you aren’t fast you can pass every single level without a problem.

3) The game needs to learn from your running habits.

The last challenge we’ve faced is making sure that anybody can play the game.  In a traditional game you play a character, which means as long as the character is powerful you are powerful too.  This doesn’t work with running, if you run a 15 minute mile, chances are you won’t ever get to the speed of a 6 minute mile runner.  But we want to encourage both to run.  So we have to learn from each user! 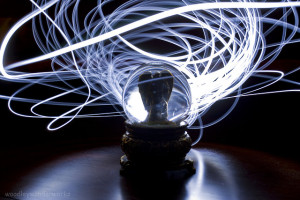 One of the ways we do this is by making all attacks relative to a users average speed.  We keep track of their average, max, and min speeds with a weighted average over time.  This gives us the freedom to create levels where we can encourage them to run faster than they normally.  We can also encourage running fast in intervals which leads us to a nice interval training style of run.

Anyway, Rev is still a long way away from seeing the light of day.  But listen back soon, we plan on sponsoring runs and we will need lots of alpha and beta testers to help us out in the end.

The first prints of my book arrived today!  They turned out great.  The quality is actually higher than I expected...